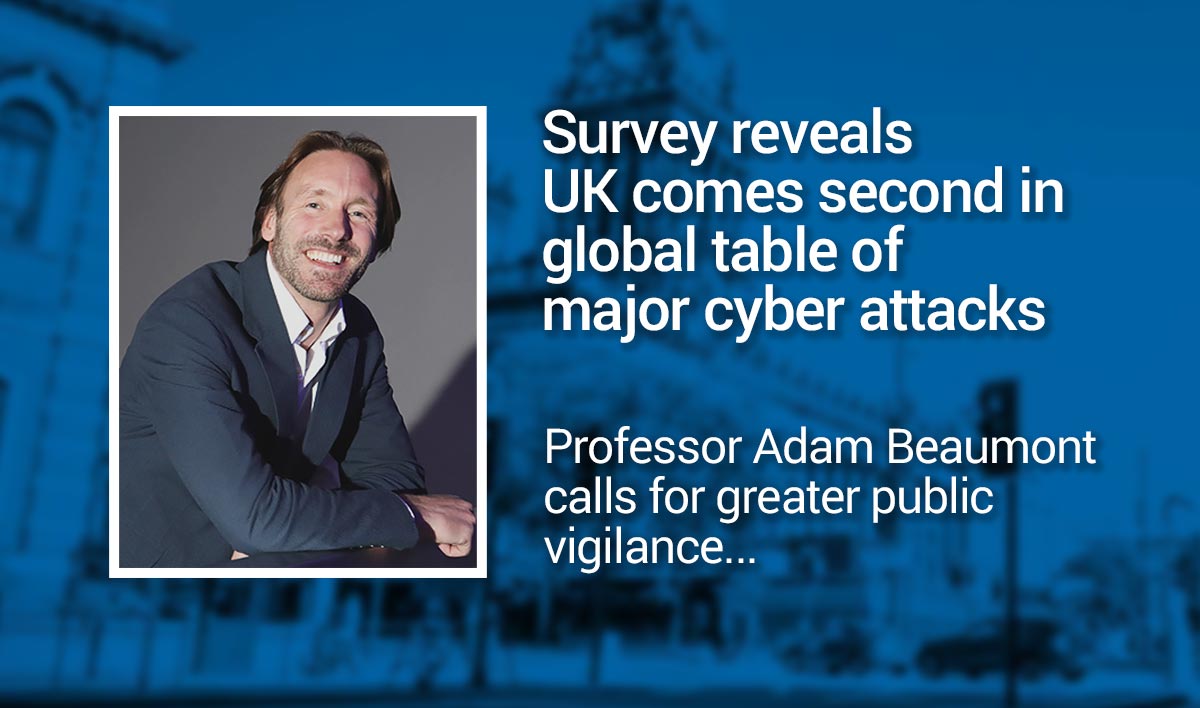 A Yorkshire academic has called for greater public vigilance to thwart cyber criminals after a survey revealed that the UK has recorded the second highest global number of major cyber attacks since 2006.

Professor Adam Beaumont, the professor of cyber security at the University of Leeds, said attacks have been rising as the world deals with the pandemic.

He added: “For example, phone numbers, such as the one used for COVID 19 track and trace, can be spoofed, creating new avenues for attack.
“Whenever there is a crisis there is an opportunity.”

The research by Specops Software found that the US experienced the most cyber attacks classified as “significant” between May 2006 and June 2020, with 156 incidents.

The UK is in second position in the global table, having been victim to 47 significant cyber attacks over the same period.

One of the 47 incidents was the large-scale cyber attack deployed across the Labour Party’s digital platforms during the 2019 general election, Specops said.

Significant cyber attacks are defined as cyber attacks on a country’s government agencies, defence and hi-tech companies, or economic crimes with losses equating to more than a million dollars.

India comes third in the table, after suffering 23 significant cyber attacks, while Germany is in fourth spot, having faced 21 substantial cyber attacks between May 2006 and June 2020.

The consumer group Which? has warned UK residents to be wary of scammers pretending to be from the NHS after coronavirus contact tracing launched in the UK.

The National Cyber Security Centre (NCSC) said the public had sent it 600,000 scam emails since the start of the pandemic.

Which? has called on consumers to contact Action Fraud, the national fraud reporting centre which works with the police, if they encounter suspicious activity.

Ollie Bone, the Cyber Lead at Tech Nation, the network for tech entrepreneurs, said “In the UK, the rise in online attacks is naturally cause for great concern.

“Whether from the financial cost of cyber attacks, or the risks posed to infrastructure from the National Grid to NHS – a “cyber-kinetic” attack of which WannaCry famously had the unintended impact of taking down swathes of the NHS services.

“The response by the public and private sectors to combat the increasing levels of threats has been impressive; across the whole of the UK are numerous examples of the ‘quadruple helix’ – the corporates, startups, government and academia – coming together to solve cyber security threats.

Darren James, of Specops Software, said nobody can rest on their laurels when it comes to cyber security.

He added: “This research highlights the frequency of cyber attacks which have devastatingly affected key political, social and economic institutions within different countries.”

Data compiled by Cybersecurity Ventures indicates that cybercrime will cost the global economy $6 trillion a year by 2021.

The Specops Software findings are based on data from the Center for Strategic and International Studies.

The Yorkshire Post article can be found here:
https://www.yorkshirepost.co.uk/business/call-vigilance-uk-comes-second-global-table-major-cyber-attacks-2919010

The study in full can be found here:
https://specopssoft.com/blog/countries-experiencing-significant-cyber-attacks/