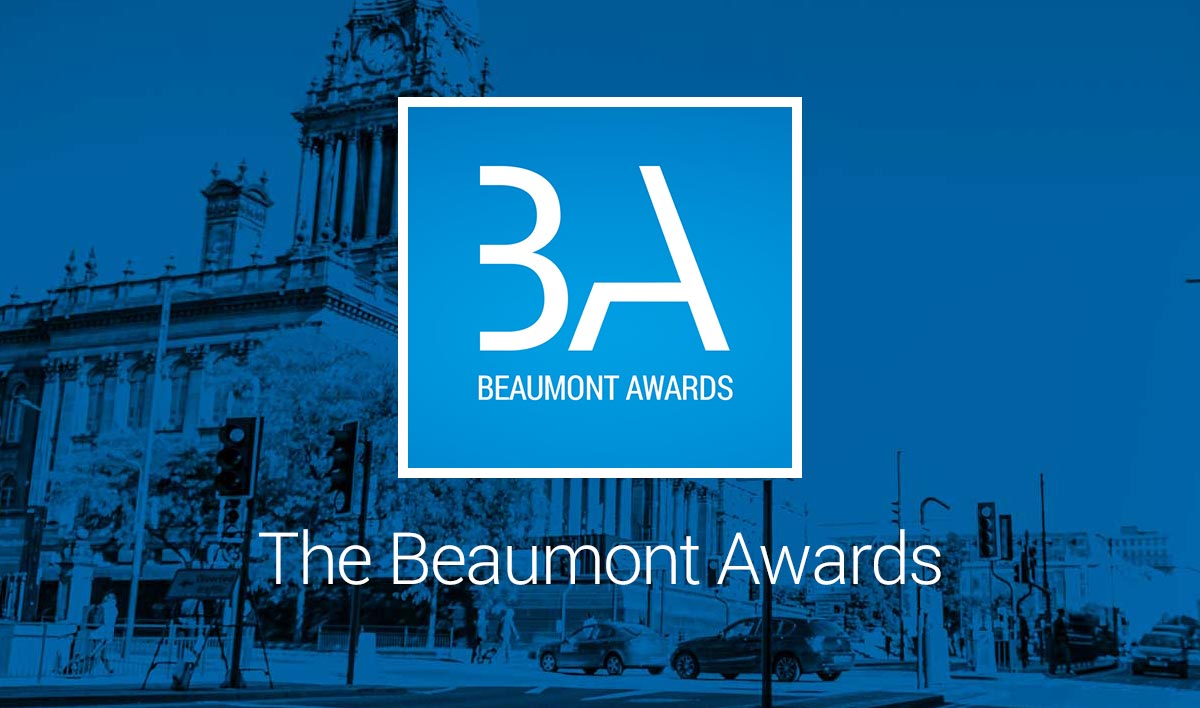 Professor Adam Beaumont (Chemistry 1993; PhD 1996) set up the Beaumont Awards in 2018 to recognise outstanding research projects conducted by students at the University that demonstrate the greatest potential impact on society and solve real-world problems.

The awards scheme offers winning students the chance to further progress their research and careers by introducing them to relevant contacts within industry, and opening up potential opportunities to work with world-class organisations.

We caught up with Adam to find out more about his inspiration for setting up the awards and his advice for today’s graduates.

How did Leeds help you get you where you are today?

AB: “My journey at Leeds began with a University open day, and the walk from the train station up to campus where you can see the city at its best. I did a nine-year run – studying as an undergraduate for my BSc in Colour and Polymer Chemistry before going straight into a PhD in Physical Chemistry. This began my academic career – at the age of 24 with a three-year stint as the University’s youngest lecturer in physical chemistry.

“The internet ‘happened’ while I was studying at Leeds, and I’ve been fascinated by this hidden, interconnected world ever since. This interest shaped my career, and in 2017 I came back to the University as a visiting professor of cyber security. This appointment involves multi-disciplinary research that is helping to define the University’s cyber capability.

“Over the past two decades, I’ve built several companies, notably aql – a wholesale telecoms software platform which provides communications services to the world’s largest banks, and to healthcare, education and logistics.

Why has it been important for you to maintain a link with Leeds?

AB: “The university has a philosophy of research-led-education, which resonates with me. Whilst an alumnus of Leeds, I’m now a student again, this time at MIT, looking at what makes a successful entrepreneurial ecosystem. Particularly in our region, Leeds University is at the centre of creating innovation and intellectual capital.

“However, there’s an entrepreneurial ‘jump’ that’s needed between a good idea and a good business and it felt right to become involved with schemes at the University such as SPARK, which help nurture entrepreneurial spirit within students. My particular interest is enabling entrepreneurism within those students who have conducted research projects which have the scope to impact society or the planet in a positive way.”

What inspired you to establish the awards?

AB: “Back when I was a student, I remember winning “The Jordan Award” for my final year project. When it was presented to me at the ceremony, it was an intriguing silver medal, with Leonardo da Vinci on one side and my name on the other. In 2017, I found this medal when tidying my office and it reminded me of the feeling of hard work recognised! I then found out that the award was no longer in effect for new students.

“I wanted to share a feeling of “hard work recognised” with others. With help from the University of Leeds, the Beaumont Awards was born. In fact, I originally wanted to name the award after my inspiration Michael Faraday, the British scientist whose research not only contributed to change society, but who was also one of the pioneers of research led teachings. Alas, there was already a Faraday Award operated by the Royal Society.

“Faraday brought his research to the masses by way of his many inspiring lectures, bringing to life the understanding of everyday phenomena; notably ‘The Chemical History of a Candle’. He famously ended this lecture by comparing his students to a candle, and asking them to ‘shine as lights to those about you’, something which goes to the heart of the Beaumont Awards – recognising students who have, not only pursued the advancement of science and technology for good, but who can also articulate this clearly and inspirationally.

“The Beaumont Awards is still a remembrance of the works of Faraday and it’s very much a celebration of how he made science accessible to the masses.”

Why is the criteria of ‘benefitting society’ so important?

AB: “In 1984, I read two books which are still as relevant now as they were then. One was Orwell’s “1984”, the second book being “Sun Traps” by John Elkington. The latter is a methodical, fact-based approach to adopting renewables and the positive impact this could have.

“That book was the intervention which has led to me now running a series of companies which underpin technology and innovation, being a Trustee of the Eden Project and also the founder/chair of an investment company with a focus on technology which addresses societal challenges. More recently I’ve set on the path to build the world’s first mobile network powered directly by renewable energy.

“If the Beaumont awards can act as the intervention to spur future graduates to make their own impact and to take their ideas through to delivery, they have achieved their objective.

“Every year I’m amazed at the quality of research that is delivered and submitted to the awards, and this year was no different. From the many high-quality submissions received, we always look to uncover research projects that are potentially life changing and ones that address a real ‘problem statement’.

“The breadth of research from this year’s winners span current real-world issues from predicting survival rates of cancer patients using AI, to using advanced technology to monitor natural environments. This year’s ten Beaumont Award winners have shown clear value, vision and passion to drive change in society, and this is why they are being recognised.”

What advice would you give to 2020 graduates entering a tough jobs market?

AB: “Individuals that stand out to me are ones who have maybe pursued some endeavours that haven’t worked out. It tells me they’re not afraid of coming forward with new ideas, to innovate and to not be daunted by the fear of getting something wrong. I read CV’s from the bottom upwards. I want to see volunteering. I always give “parkrun” volunteers a chance to interview!

“Outside the attributes that all employers look for, such as being a good communicator, confidence and adaptability, being a self-starter is currently one of the most valuable traits on the job market. This is what will make graduates stand-out from the crowd.

“Plus, don’t be daunted by location. One thing we have learnt from the COVID-19 pandemic is that remote and flexible working does actually work effectively, so location is now less important, and a dispersed team can still work together.”

With changes in technology accelerating at a greater rate, even more so over the last few months, what skills and attributes do you think those pursuing careers in science and technology need to develop?

AB: “The importance of research led education is key to producing graduates possessing up to date knowledge. However, the key values of curiosity and logical problem solving are key tenets of any science or engineering discipline and are transferable skills for life.

“I also believe that singularity thinking is a key concept for anyone involved in science and technology. Peter Diamandis’ books explain this far better than I can. Being aware of exponentially accelerating technologies and where there’s a synergistic convergence point between two or more, is where the magic happens.

“For example, a Leeds Professor (Professor Peter Lawrenson), invented the “switched reluctance electric motor” – over time, this became miniaturised. Once you converge this technology with materials and polymer science, you get the 3D printer and additive manufacturing. Once you have this, you unlock rapid prototyping and further innovation. One of my investments has developed and patented the world’s first jet suit, made possible by rapid prototyping using 3D printing.”

“But most of all, I would simply encourage people to stay curious!”