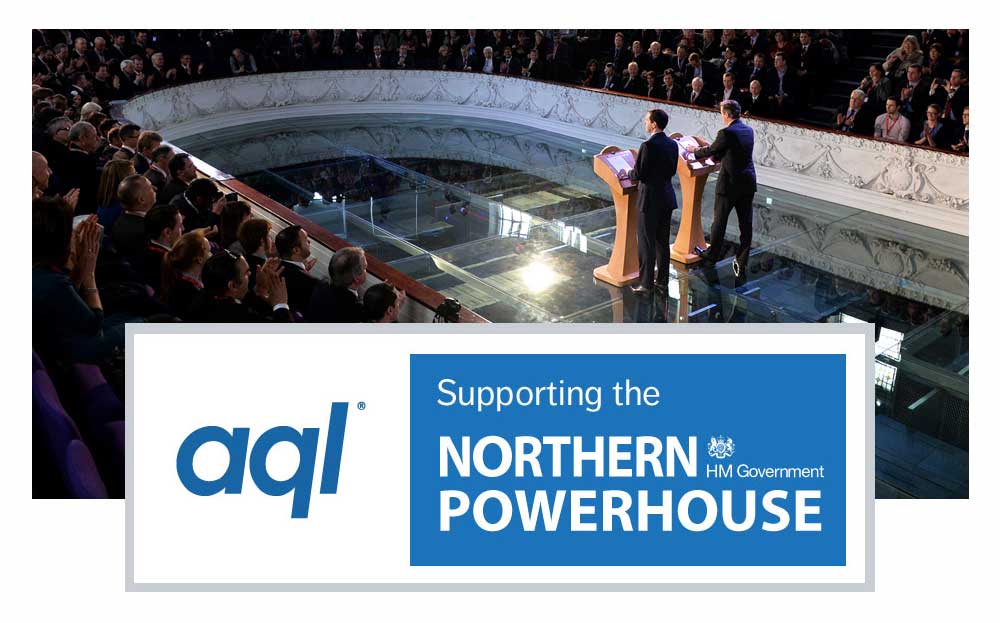 aql has been involved in building the digital foundations for the Northern Powerhouse since it was first discussed at their Leeds headquarters in early 2015 by former Prime Minister David Cameron and former Chancellor of the Exchequer George Osborne.

This announcement, from aql’s conference facility, declared the government’s Northern plans and launched the TechNation report by TechCity.

Through this partnership aql will continue its support for the Northern Powerhouse initiative, specifically, bringing together digital communities across the North of England and Wales to create a powerhouse for the UK’s economy.

Whilst aql is a national operator, with international clients, our headquarters are in Leeds. We decided to invest in building the first datacentres in Leeds which allowed all fibre operators to connect – creating the main independent internet hub for the North of the UK. Our entire business model has been centred on providing the technology building blocks for enabling smart software companies to be able to communicate with their customers. By creating ‘carrier neutral’ datacentres, we’ve been able to ensure that every digital initiative, regardless of which ISP or operator it uses, can collaborate with every other initiative seamlessly. This is what will drive city-wide and pan-Northern growth.

As a business which is passionate about growth in our region and also the North, we’ve always tried to support pan-regional and inter-city growth – the Northern Powerhouse agenda encompasses this and has also raised awareness of other businesses with a similar outlook which we now work with towards a common agenda. We look forward to welcoming the new Northern Powerhouse Minister, Andrew Percy, to our unique headquarters to meet many of the region’s stakeholders.

aql believes that the region’s growth is underpinned by the expanding digital ecosystem. To do this sustainably involves investment in skills and talent.