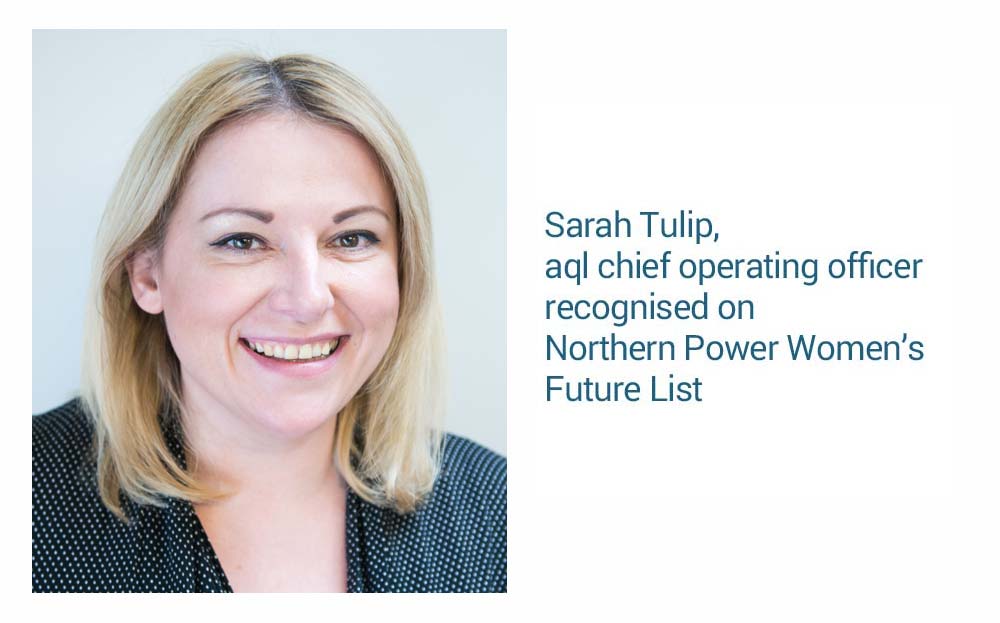 aql chief operating officer Sarah Tulip has been named on Northern Power Women’s Future List, which recognises the influencers and change makers of the future who are already making a difference to their environments and communities.

Northern Power Women is a collaborative campaign that aims to accelerate gender diversity from the North of England. It encourages the transformation of business culture to increase opportunities for women in business and showcase role models and best practice businesses that are driving and leading economic growth.

Sarah said: “I feel privileged to have been named on the Northern Power Women’s Future List, in the company of some exceptional business women and industry leaders.

“I am extremely proud to represent aql on this list and would like to congratulate others that have been named on the list, or who were shortlisted for an award.”

“We engage with women and men from all industries and business areas as ‘agents of change’ and connect, collaborate and celebrate their achievements as campaign champions and advocates to drive gender balance from the North of England.”

Prizes were awarded across categories including Outstanding Entrepreneur, Person with Purpose, Mentor of the Year, Agent of Change and Transformational Leader.

aql, established in 1998 by entrepreneur, scientist and digital innovator Adam Beaumont, is responsible for much of the data flowing in and out of the North via its data centres in Leeds. It also provides mobile messaging services and supplies wholesale messaging platforms to international and UK networks.

aql’s role in the ecosystem is to interface with software systems, allowing businesses to communicate efficiently with their customers. They are one of the leading companies providing the hidden communications capabilities in the growing internet of things space.