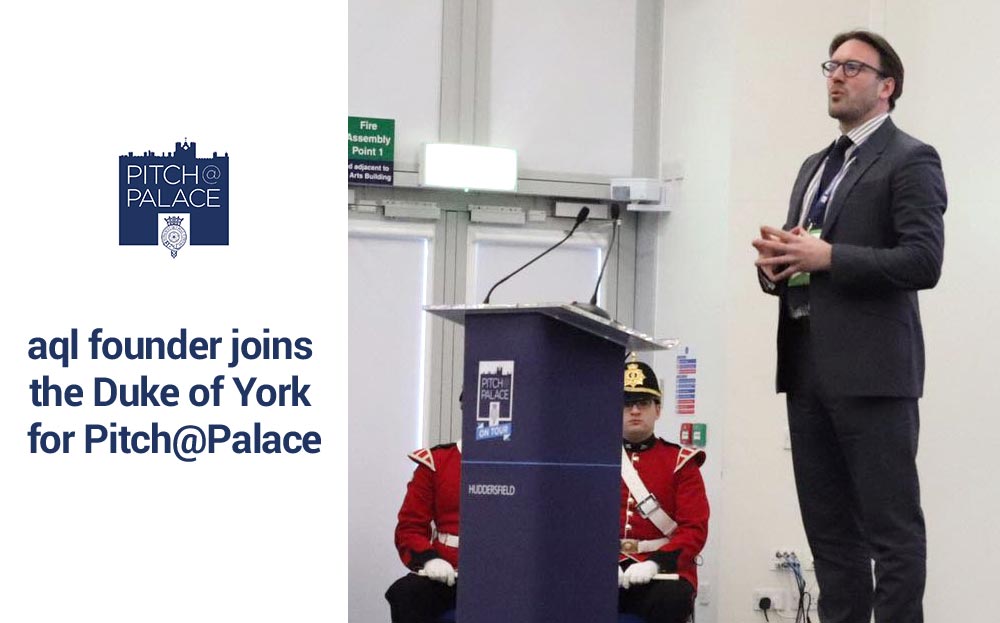 aql founder and CEO Prof. Adam Beaumont joined His Royal Highness the Duke of York at the University of Huddersfield yesterday for Pitch@Palace, the prestigious entrepreneurship competition themed this year around ‘Data, Intelligence, and The Future of Security’.

Beaumont – a serial entrepreneur and investor, and a professor of Cyber Security at the University of Leeds – sat on the competition’s judging panel and delivered the opening keynote. He spoke about cyber security and the importance of integrity technology, which he refers to as ‘TrustTech’.

He also explained how he and aql have ensured that Leeds remains at the heart of internet traffic in the North of England, including through investment in critical connectivity infrastructure such as IXLeeds, the Northern internet exchange. aql’s investment in the engineering behind next-generation networks is transforming the Leeds City Region into a hub for digital innovation and means the region will be among the first beneficiaries of 5G, and the near-future innovation it enables, including self-driving cars.

Created in 2014, Pitch@Palace encourages and recognises entrepreneurship, and its profound impact on the UK and global economy. It brings together some of the UK’s most promising entrepreneurs with leading figures from business for an annual pitching competition.

Beaumont and His Royal Highness, who serves as the university’s chancellor, were joined in Huddersfield by Sir John O’Reilly, the former chief executive of the Engineering and Physical Sciences Research Council, and others.

In his opening speech, His Royal Highness explained that the event is “all about finding really brilliant and innovative new businesses that are growing and scaling around the UK and around the world, giving them opportunities to find mentors and advisors. We are offering an audience for you to makes pitches that will open up distribution networks and supply chains.”