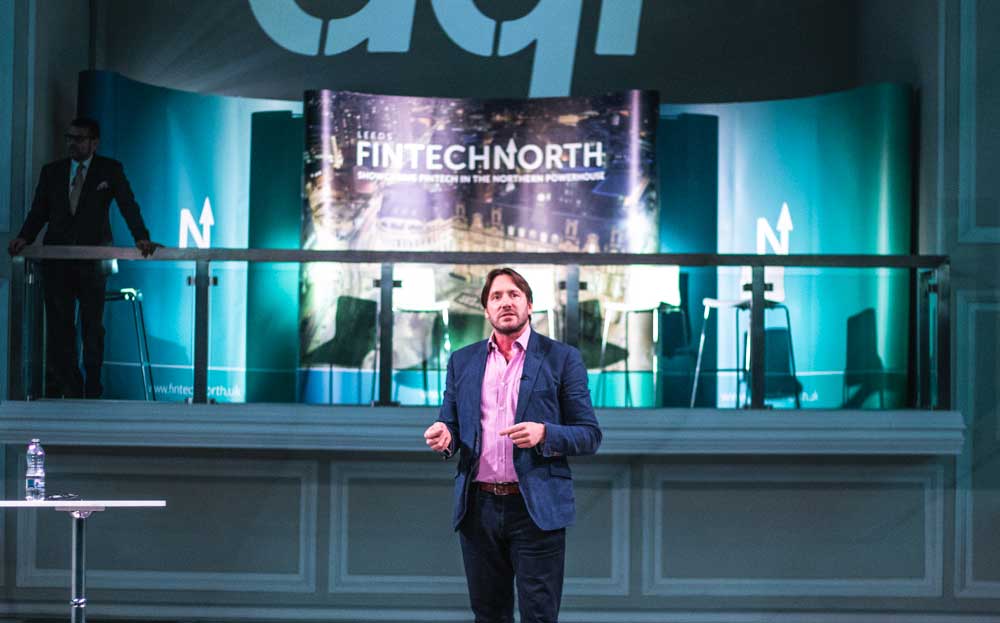 Following its successful first two years, FinTech North will return to aql HQ next week for its third annual conference as part of Leeds Digital Festival.

aql has supported, and hosted, FinTech North since its inception. The event aims to spur collaboration within the financial services and technology community and to generate tangible economic benefits for the region.

The success of the showcase in previous years, and its ongoing support from government, emphasises fintech’s position as one of the major growth sectors for Leeds City Region and the wider North. Leeds is already the second largest financial city and economy in the UK and tech has grown into one of the North’s prime capabilities.

Tech’s growth over the past decade has come in significant part due to aql’s investment in the region’s fundamental digital “plumbing”. This includes IXLeeds, the first fully-independent internet exchange in the UK. This unique infrastructure means the region can connect to all worldwide financial markets via data connections that don’t have to pass through London-centric connectivity, thereby creating a geographically-separate location for backup and markedly improving the resilience of the country’s financial infrastructure.

The confluence of all these strengths – and more, including leading work in 5G – continues to build out an ecosystem of cutting-edge fintech companies, startups and innovation. The jobs this creates in turn keep graduate talent in the region, bringing more businesses and spurring further innovation and investment in a virtuous circle. Providing the fundamental building blocks that allow this to happen is a key part of aql’s mission.

“This was our third year hosting FinTech North. This followed from a panel discussion hosted at an event where both myself and Baroness Pauline Neville Jones spoke about the risks of innovating in fintech without the right foundations in cyber security being in place. The city could clearly see the opportunities in fintech, especially considering our history in building “traditional” and “disruptive” fintech, including companies such as BJSS who have built infrastructure for the London Stock Exchange and game-changers in retail banking such as First Direct,” said Prof. Adam Beaumont, founder and CEO of aql.

“I was approached by a dynamic entrepreneur in the city with an idea for an event and asking if I’d back the idea by providing our venue. We shook hands and FinTech North happened. The entrepreneur in question was Dan Rajkumar and he’s still involved heavily in the event, which is now pan-Northern. It’s a privilege to be involved in the grassroots of a success story and we’ve pledged to provide our venue without charge for the future of the event. I see it as one of the key events in the North, and I believe the biggest fintech event outside of London – delivered with the help of Whitecap Consulting who continue to make it a success.”

aql is organising and hosting a number of other events during Leeds Digital Festival, including the opening of the Estonian Consulate to the North of England and the Isle of Man and a roundtable discussion on Estonia, Digital Society, and the Tech World’s Best Kept Secret featuring, among others, executives from LHV Bank, the Estonian fintech firm.