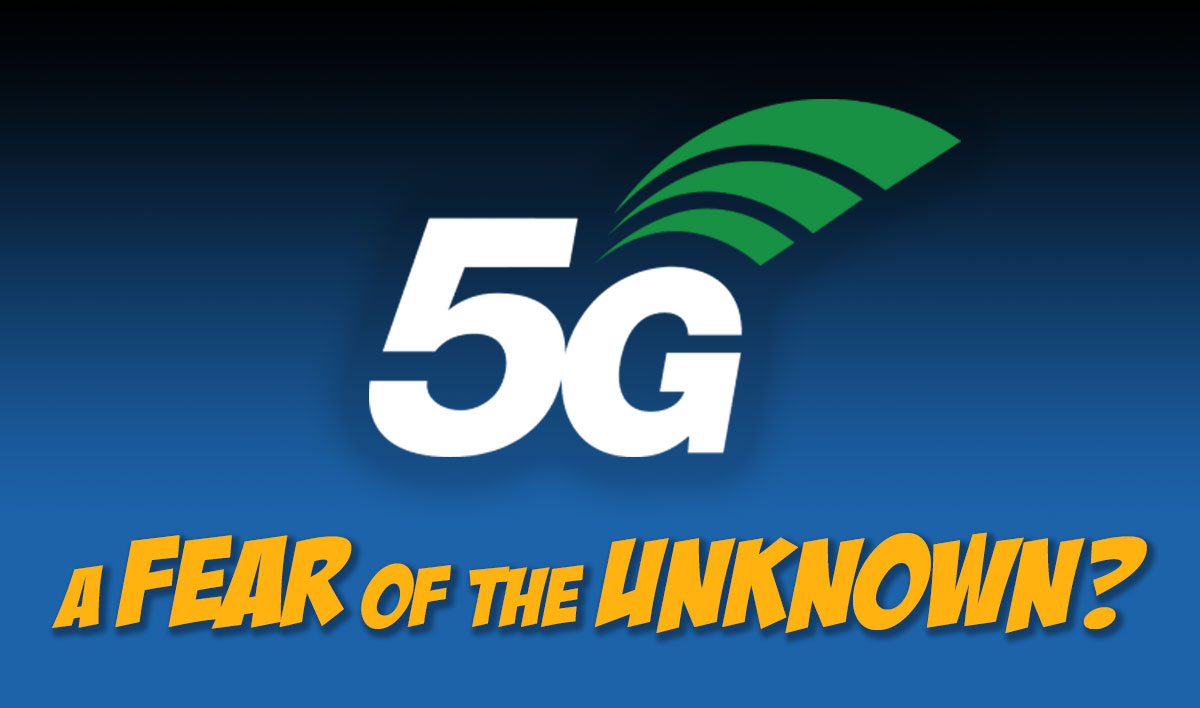 aql founder and CEO, Professor Adam Beaumont has been considering the impact that the advent of 5G will have on our services and here shares his thoughts around some of the questions he’s most frequently asked.

Mostly this centres on: What is 5G and why is it good and why could it be bad? Are our concerns legitimate?

5G is a set of standards describing how we can better convey data. Also at higher speeds and lower delay to end devices, whether phones, cars, buses, trains or drones. There’s also new specifications to decide which traffic is the most important, meaning that, for example; medical imaging from an ambulance, or safety data from an autonomous vehicle could be given preference. There’s a lot of good design within these standards to help us build smarter cities.
However, in hand with this, there’s a lot of discussions relating to health concerns and risks around 5G. Should we be worried?

Radiation, is, a scary word. We immediately think of Dr David Banner. However, there’s a whole spectrum of radiation – not just the “actual spectrum” you can see (Ride On Your Giraffe Before It Vanishes – Red Orange Yellow Green Blue Indigo Violet). This whole spectrum goes something like :

We generally think of all radiation as “nasty radiation”. However “nastiness” depends on frequency. There’s high frequency (invisible rays to the right of visible light) – also known as ionising radiation. Whereas, radiation on the left hand (or low frequency) side of visible is known as non-ionising. Ionising is referring to it’s capability to damage molecules and therefore proteins and therefore cells and in turn humans.

It was a scientist named Max Planck who discovered that “E=hv” – where h is a fixed number called a constant and v is the frequency. So the higher the frequency of radiation, the more energy it has stored in it.

When radiation has enough energy stored in it to actually smash apart bonds in molecules (such as those protein sequences which form part of our DNA), there’s trouble – mutation and possibly cancers.

So – an infrared heat lamp (non-ionising) could be used to warm aching joints, whereas too much (ionising) ultraviolet rays can cause skin cancer. And you don’t want to expose yourself to too many x-rays. Again, reinforcing that the further to the right in the list above, the more dangerous the radiation. The further to the left, the more harmless.

At the moment, we’re talking about frequency (which is measured in Hertz – or “cycles per second”). Radio waves are in the GigaHertz region – ie add 1000 to the number to get the actual Hertz value. This is still pretty low frequency though and is below the infrared heat lamp frequencies we referred to above.

So, we know that high frequency is more harmful than low frequency. We also need to talk about intensity. Intensity can make anything more impactful. Take the analogy with heat. A red hot pin will be at about 460 Degrees Centigrade. A bucket of boiling water would be at 100 Degrees Centigrade. Would you rather grasp the red hot pin, or plunge your hand in a bucket of boiling water? (don’t try this at home).

The point of this analogy is to set a pragmatic starting point for accepting that nothing is either completely safe nor unsafe – we need to look at where the risks are and how to minimise them. If we can’t manage the frequency of the radiation, we can manage our exposure to it, ie, the intensity.

To set the scene, we’re surrounded by radio waves. TV signals sit in a band where microwave and radio waves overlap. WiFi, mobile and 5G all sit in the bracket we call “microwave”. Indeed this is also where the humble microwave oven sits – at about 2.45GHz. The reason the microwave oven sits at this frequency is so that it doesn’t interfere with your WiFi at 2.4GHz and your mobile phone which sits a little bit higher than that. The idea of a microwave is that it heats your food though a high-intensity blast of electromagnetic radiation. It creates heat by causing the water molecules in the food to vibrate (This is why it’s difficult to heat things in microwaves which don’t contain water). Microwaves would probably do this more efficiently if they ran at around 22GHz but these clash with other uses such as satellite and military.

You wouldn’t stick your head into a microwave oven operating at 2.45GHz (or at any frequency!). Now I’m going to tell you that the frequency which your bluetooth earpieces work at (which you stick IN your head) also work at …. 2.45GHz. The reason our brains are not cooked is not the frequency but the intensity.

Now, also remember that the effect from radiation in this 2GHz-20-oddGHz range at high intensity is to excite water molecules. Does this mean that this radiation can also excite the water molecules in our bodies. Yes. However, at the intensity at which bluetooth operates, this effect would be very difficult to measure.

The heating effect from standing near a radiator or using a hair dryer, or taking a shower would be somewhat more marked. So, low intensity is better.

On the subject of intensity – doesn’t 5G mean more masts?
It definitely means more transmitter elements on existing masts, but also, due to the higher frequencies used in some instances, it will mean having a number of much smaller masts or transmitters nearer to the end devices.
Is this bad? Assuming that we solve the aesthetic issue, which means hiding them inside street furniture and signage, we then need to look at how mobile technology works in general – 2G, 3G, 4G and 5G.

I’ve mentioned scientists Hertz and Planck. It would be remiss if I didn’t introduce Newton. He discovered that radiation which comes from a point source (either your phone or the transmitter mast), spreads out like a beam from a torch. It gets less intense with distance. It follows an (Newtons) inverse square law. This means that the intensity of the radiation from the mast decreases to a quarter of it’s intensity 2 metres from the mast, to a sixteenth by 4 metres etc. However, this also means that the intensity of the radiation from your phone increases similarly with proximity to your ear. It increases by 2, 4, 16, 32, 64 times the intensity as we hold our phones nearer and nearer our ears.

So, we should worry most about our love of our smartphone which spends a lot of time intimately attached to us. Even moving it just a small distance away from our ears can have a marked effect on the intensity of “radiation dose”.

However, here’s some good news.
There’s another piece in the technology jigsaw which allows the phone to talk to the mast and the mast to talk to the phone and negotiate the lowest signal strength needed for the phone and mast to still be able to transmit and receive data.
This means that if you’re holding your phone close to your head and your nearest transmitter is 20 miles away – your phone is going to be producing a lot of radiation. If your nearest transmitter is a few tens of metres away, both your phone and the transmitter will have negotiated a much lower (perhaps hundred folds lower) intensity of transmission and therefore radiation. This not only helps your phone not heat the water molecules in your brain, but also means that the battery in your phone lasts longer because it’s able to transmit at a lower power. It could be argued therefore, that more masts and closer ones are actually better for us (obviously there’s a bigger debate here and I don’t want to start it in this article).

Still worried?
What may worry more is wifi. Back to intensity: Most modern smartphones and wifi routers support a standard called “802.11n” . However, many legacy wifi installations and the devices that use them don’t have the capability to negotiate signal strength between each other, so they transmit at full strength all the time.

So, whilst we’re perhaps concerned about 5G and the ubiquity of electromagnetic radiation, the assurances we should take away from society’s advancing wireless technology is that there is an onward advance in power management within newer technologies, therefore an onward move towards technology to minimise our exposure.

We should also remember that most under our control is our personal device and how near we choose to hold it to ourselves which has the greatest scope to increase or decrease our exposure to electromagnetic radiation. This, rather than 5G should be a priority concern.