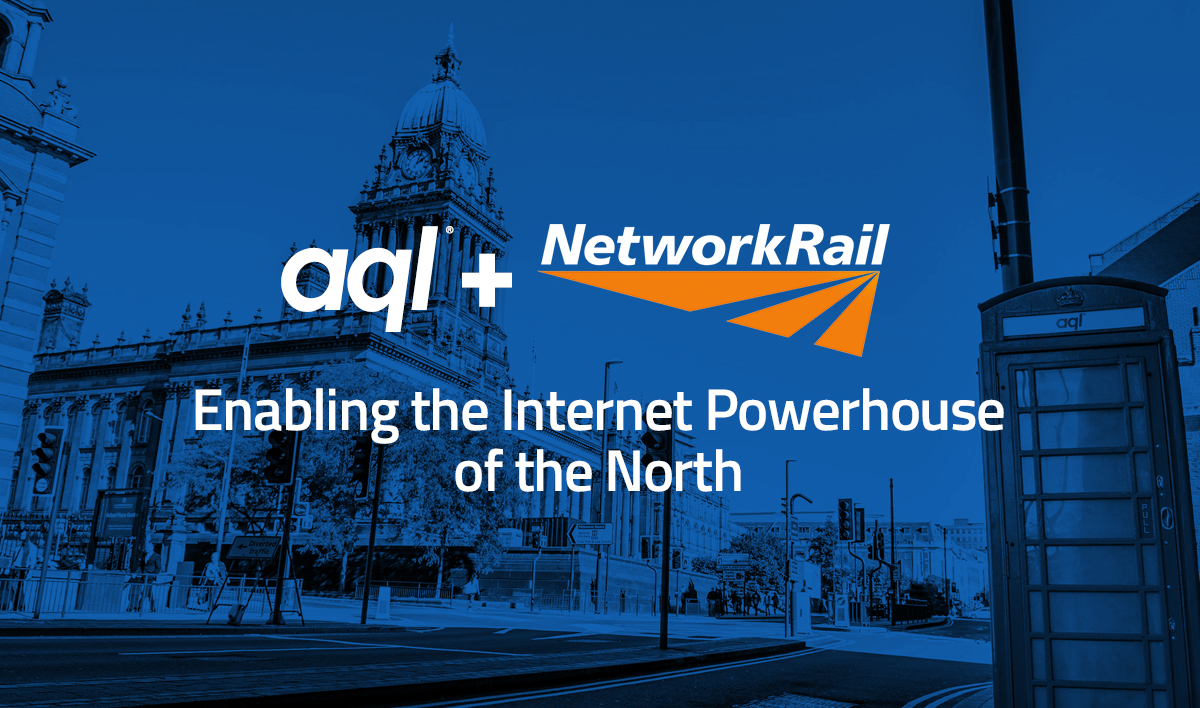 Society thrives on the power of collaboration

The sharing of knowledge and information through strong partnerships is one of the most impactful ways to enable smarter decision making to improve the world in which we live in. This is something that has always driven aql to work with the best technology partners and recently seen the collaboration with Network Rail, the owner and infrastructure manager of most of the railway network in the UK.

Since its launch from aql’s headquarters, the Northern Powerhouse has seen vast economic growth, thousands of new jobs and increased investment into young start-ups in the area. The continued work to drive productivity and increase opportunities for people across the North have made it an attractive place to be with organisations quickly relocating to be part of the excitement. However, while industry is booming up north, potential strain on the current digital infrastructure could unnecessarily slow down progress.

During a recent webinar, aql’s Founder and Chairman, Professor Adam Beaumont alongside Richard Francis, Network Rail discussed how the Northern Powerhouse’s growth should be complemented by continued investment and development of its digital infrastructure. They also explored the ways in which partnerships can enable this through upgrading the physical infrastructure and super connectivity.

Over the past 20 years, aql has been an instrumental part of building out the digital infrastructure for the north. The reason for this was a realisation in the early 2000s when the company accelerated from hosting domain registration and email accounts to IP telephony, mobile messaging and into supporting the Internet of Things (IoT) most, if not all, of the company’s infrastructure was based out of London because that was where connectivity to the global carriers existed. From that point, aql started to enable a northern network that “just makes the internet work.”

In fact, it is often said about aql, “that nobody realises what we do until we don’t do it.”
We underpin many national and global fibre operators. We also underpin many of the content delivery networks who house their equipment in our datacentres. So when people access major streaming names, generally that heavy lifting is done via an aql datacentre within the northern region.

One of the key words used in the communications industry is carrier neutrality, this means everybody works in a complimentary way. This is why we wanted to work with Network Rail being a large national network operator with a lot of infrastructure to enable services that would support the ISP community to bring together cities in the north.

Working together, both aql and Network Rail will be building a robust network between Northern Powerhouse cities such as Leeds and Manchester. The resulting enabling infrastructure will not only connect the two cities but join them together as the Internet Powerhouse of the North.

Find out more about the aql & Network Rail service.